News About the Co-operative Movement

is no longer active

Happy new year to all co-operators

2017 marks the centenary of the Co-operative Party 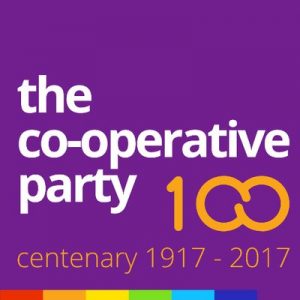 Co-operatives Yorkshire and the Humber is pleased to

announce that our member Sheffield Renewables has

succeeded in achieving its target of raising £70,000 for

A big thank you to all those who invested.

We finally launched our second Community Share Offer on

invest in and benefit from community owned renewable

56kW of community owned renewable energy in the city….

After reaching our initial funding goal, a meeting of the

steering group and investors last night concluded with the

decision to set the first stretch goal of our campaign – to

An extra £50,000 will enable the Gardeners Rest

Community Society Ltd to put together a truly competitive

offer to the current landlords to purchase The Gardeners

Rest, and preserve it for the ever-growing Neepsend

With just under three weeks left to go on our Crowdfunder

campaign, we are optimistic that we can reach and even

exceed this goal! As ever, if you have any questions, please

Please continue to spread the news, particularly that the

campaign is still open for individuals to invest!

For video and information

The ‘Internet of Ownership’ has just published this article by

To read the article

Also from ‘We Own It’

by the users who love it?

There is a great opportunity to form a co-operative

community to take ownership of the Gardeners Rest, a

lovely pub by the River Don at Neepsend, Sheffield S3. 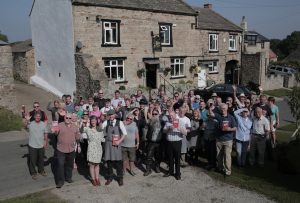 The landlord, regulars and CAMRA members celebrate at the George and Dragon in Hudswell. Picture by Stuart Boulton.

Yorkshire Pub of the Year 2016

In August 2008 the George and Dragon pub in the North Yorkshire Village of Hudswell closed its doors, seemingly for the last time, as the owners faced bankruptcy. 18 months later the residents of the village launched a community share issue and raised £200,000 from 140 members to buy and reopen the pub……………to read more click here –  george-dragon

Is your local bus service run for people not profit? Would it

be better if it was?

Research tells us that public ownership of buses across the

UK would save us £506 million a year – money that could

be reinvested in lower fares and better services.

But now the government wants to BAN local authorities in

England from setting up any new public bus companies.

This is about ideology, not evidence.

is the cooperatively owned ethical online marketplace for ethical goods and services.

find out more at:

The government wants to privatise the Land Registry and National Air Traffic Services, and involve the private sector in Ordnance Survey and Channel 4. These world-leading public services are all working successfully in public ownership – they are efficient and innovative. Not only that, but these public assets make millions in profit for the public purse. Privatising them will mean the government gets one off cash but future generations will lose out forever on the ongoing profits. Our new report explains when the public would start to lose out

is now the preferred provider for the

Co-operatives Yorkshire and the Humber Welcome

The Handmade Bakery into membership

A Smartphone with Social Values

Help to build the co-operative commonwealth through principle 5. Education, Training and information.

The 1st General Meeting was held on

Join now, and be part of this new co-operative.

Why become a co-operative?

Most of the news media in the UK is owned by a handful of corporations and proprietors. But instead, as a co-operative, Positive News will be owned by hundreds or thousands of people with an equal say on important matters, meaning it’s a more democratic form of ownership. We will then be ultimately accountable to you, our readers, ensuring that we always report in your interests. And because we are a co-operative, our profits will be reinvested in achieving the aims of Positive News and serving our community.

Like the Co-operative News and The Morning Star, Positive News is now owned by its readers 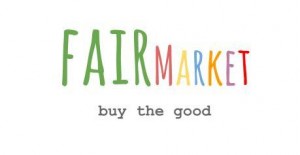 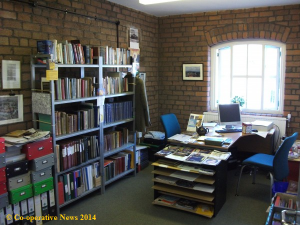 Other times by appointment.

We want the UK to have high quality public services, owned by and accountable to the public.

Health, education, energy and water – are public goods that belong to all of us and they should be run publicly. Privatisation isn’t working; it’s time for public ownership. 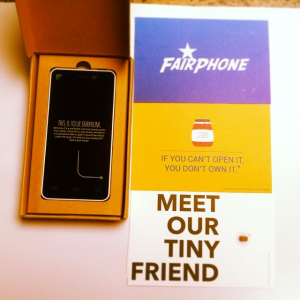 Message from the Phone Co-op

There are a number of reasons why you may like to consider buying a Fairphone instead of a conventional smartphone. In our opinion, the main reason is that Fairphone it’s the first handset produced by a Social Enterprise with total transparency in the production and supply chain. It’s made using conflict-free minerals and produced in a factory that ensures health and safety working conditions as well as decent wages to its workers. For full details you can visit the Fairphone website.

We’ve been trying Fairphone in our offices and we can confirm it’s as good a handset as any other smartphones in the market. We will be publishing a review very soon – but you can find lots of opinions by just typing “Fairphone” on your search engine – a full list of specs is available here.

You can register your interest todayand we’ll come back to you when it’s available.

Switch to the Phone Co-op

We would love to hear from Co-operatives Yorkshire & Humber members.

June 5, 2015 by kat
Posted in Uncategorized | Comments Off on Celebrating Co-operatives

< Grosmont Co-operative Society Limited is a consumer retail society serving the village of Grosmont in North Yorkshire. The Society was established in 1867, making it Britain’s oldest independent co-op.

Posted in Uncategorized | Comments Off on Grosmont Co-operative Society Ltd

Posted in Uncategorized | Comments Off on We have a new website!